Diane LaVallee will guest on Reason 06/03

Just confirmed this afternoon, Erie County DA candidate Diane LaVallee will be my guest on Reason tomorrow morning at 10 a.m. on Hometown 1230 WECK.

I won’t be able to take calls during the interview, but Diane has told me she’ll come in studio soon to take calls from listeners. 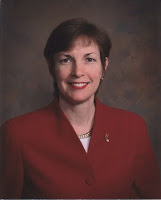 It is my pledge today to put the People of Erie County first. I will put the people first by ensuring the District Attorney’s office seeks the truth, not just convictions. I will put the people first by fairly and consistently applying the law, regardless of the background or influence of the victim or perpetrator; by making sure that every case is pursued with integrity and vigor.

I will do so with respect, courtesy, and in a spirit of cooperation with the local police agencies, many of whom have recognized my contributions by honoring me for my past work: The NYSP, the Buffalo Police Sex Offense Squad, and Detective Sergeants and Detectives’ Association, the FBI, the Wyoming County Sheriff’s Department.

I have successfully prosecuted many cases including some high profile cases that still resonate in this community:

As chief of the now defunct CAAR unit, I was on the team that founded the Child Advocacy Center, co-authoring its protocols. I was a founding member of the Child Fatality Review Team of Erie County.

15 years ago, I was elected to two terms as chair of a multidisciplinary team that dealt with issues of family violence in a holistic manner—bringing together professionals from all disciplines—social work, medicine, law enforcement, mental health and prosecutors—to make this generation of abusers the last generation.

There’s a theme here—it is by working together that we stand the best chance to successfully confront the issues facing our community.

That is why I am standing here today with not only friends and family and financial supporters, but with people whose lives have been directly affected by crime in this community and with those who are actively engaged in dealing with the aftermath –social workers, law enforcement, child protective workers, mental health counselors—because we know that crime isn’t going to go away by just throwing people in jail.

While I have the utmost respect and admiration for the other candidates for the position both of whom I have worked with, I feel that my specific experience and skills make me the most qualified candidate for the position and for the job.

I am the only candidate who has actively participated in the prosecution of a dozen death penalty cases across the state.

Today I make history by becoming the first woman to announce her candidacy for the office of Erie County District Attorney. This November, we will all make history by electing me District Attorney, not because I’m the first woman, but because I’m the best candidate: able to bring about the changes necessary to ensure that justice is done and public confidence in the criminal justice system is restored.

It is the ethical obligation of every District Attorney to be above politics and to seek bipartisan support. I hereby declare my intention to enter the Democratic primary in September and to seek the Republican endorsement so that all citizens of Erie County have the opportunity to elect the candidate with the greatest depth of experience; the candidate who can and will put people first; the candidate for change; the Prosecutor for the People: Diane LaVallee. Together we will make it happen.