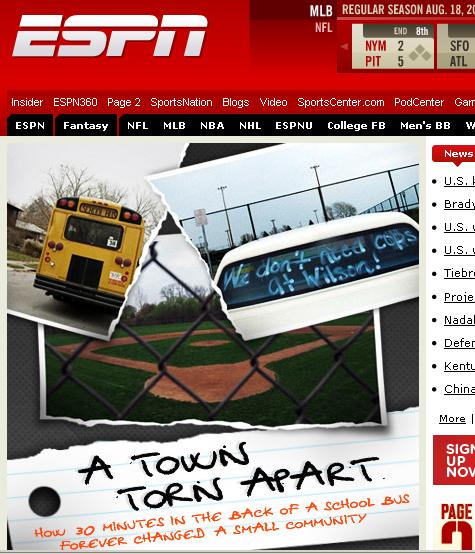 The story itself is a decent telling by author Elizabeth Merrill, considering, the details on the story have always been sketchy.

Cliff notes version: Two (maybe three) Wilson High School students were sexually assaulted on a bus back from a baseball game. Once news leaked out, the coaches were called out, the team was called out, and the town came to their defense. (Not to the victim’s defense … but to the coaches and assailants).

The story paints a very bleak picture of what it must be like to be a victim. These poor young men have essentially been told that the whole fiasco is their fault. They brought it on themselves … and it’s only “hazing” so they shouldn’t make a big deal of it. Moreover, the media was also blamed for “blowing it out of proportion.”

When this first happened, you may recall, I covered it extensively. I was told then that it was no big deal. “Boys will be boys,” etc.

The same type of comments are now being made on the comments section of the article itself. Some samples:

(Thanks to Buffalo Pundit for being the first to point out that ESPN was covering this.)