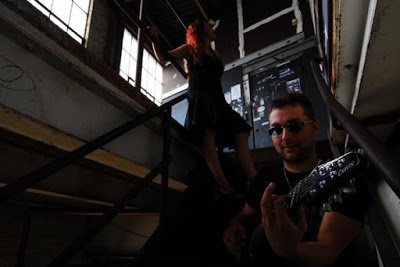 For those of you who have asked what’s been up with the show … I’ve been on vacation. It was enjoyed greatly. But tomorrow I return to work with shows at WECK and WLVL. And I do it in style.

Beginning tomorrow, I’ll have a new feature on Friday’s called “Music Friday.” It’s a feature I used to do on WLVL when I had the time to do it. And now that I have two hours a day (between the two stations) I thought a half an hour a week of local music would be nice.

Tomorrow’s band is from Rochester. They’re called Serenity Falls. Comprised of JD and Lisa, they’re a great band made of of great people. I’ve seen them live on a couple occasions … including one instance last summer where they played to a crowd at my house. Also, for those of you who have been listening for some time, they also played live at WLVL back in the day.

So be sure to tune in to Reason tomorrow morning. I’ll talk with Frank for a bit … then Music Friday starts at 10:30.