About those North Korean missiles 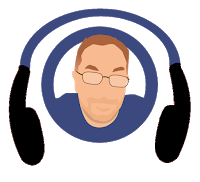 We’re used to North Korea having a lunatic for a president, but we haven’t worried about it too much because, for years, we’ve had a competent leader in the White House. Obviously, I can’t speak for anyone but myself — even though, I’m pretty sure my opinion is held by more and more people every day — but, with Donald Trump in charge of the U.S. military, I’m more concerned about a potential for World War 3 than I have been since grade school.

I guess that’s fitting since Kim Jung Un and Donald Trump pretty much act like grade school students with their taunts and their attempts at bullying and general whining about life.

Some good news, though: According to this piece I voiced for Defense Updates, North Korean missiles will probably never make it to the United States anyway — not even to Guam. Now that doesn’t help alleviate the fact that we have a delusional infant in the White House, but at least we won’t get blown up by the delusional infant in Pyongyang.

Watch the video to find out why.

Defense Updates is just one of my regular clients that I do voice-overs for. If you’re a YouTube creator looking for a voice, check out a bit of what I do and get ahold of me.