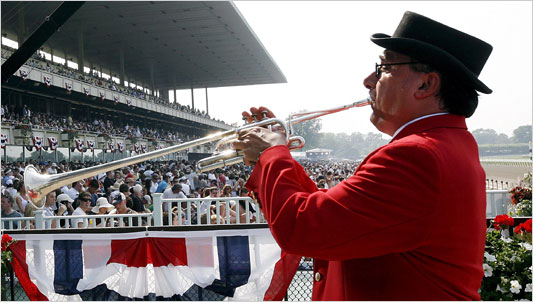 With odds at 1-4, and betting at nearly $6 Million at Belmont Stakes, something went wrong minutes ago during the race.

Big Brown was third for most of the race … then steadily fell to the back of the pack as they rounded the fourth and final turn.
It could have been his injured foot. could have been the heat. Could have been … a lot of things.
I have to say, though, for some reason, I’m glad that the Triple Crown remains uncracked for nearly three decades.
They just said on TV that Big Brown is the first horse to win the first two legs of the Triple Crown and then come in last in the third …